“Walk With Jith” team was present at Marquee 01, Stand no. 67 in British Birdwatching Fair 2012 on August 17, 18, and 19.
Alan Browne, as well as David and Betty Barrans, volunteered at the fair. They all toured with Walk With Jith in 2010. Our very special thanks to all of you for your valuable time and support at the Bird Fair 2012!
The British Bird Watching Fair official homepage: http://www.birdfair.org.uk 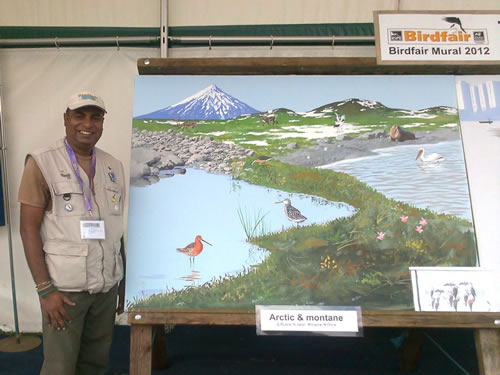 Prasanjith at the British Bird Fair 2012 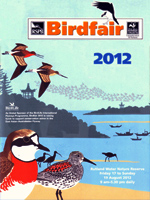 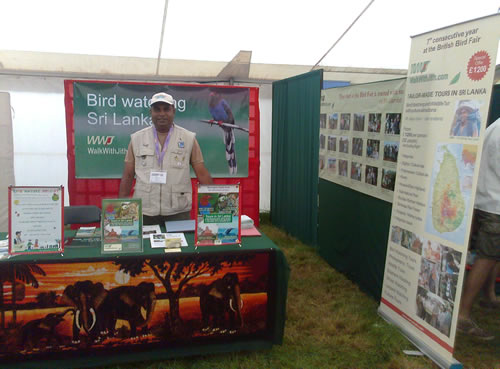 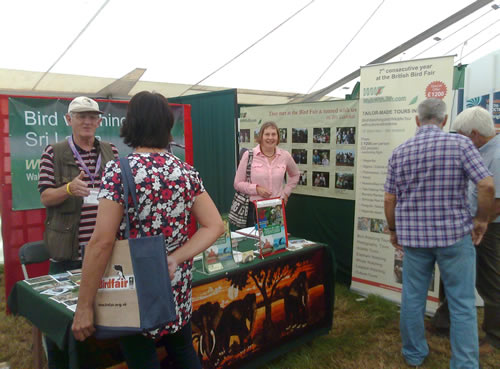 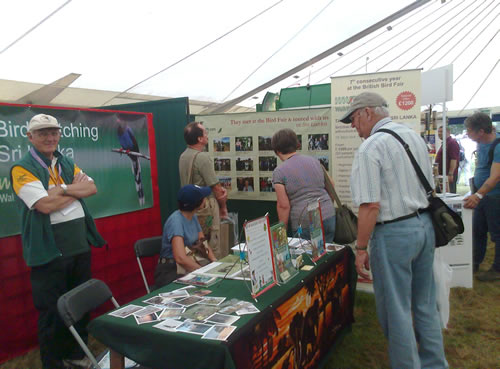 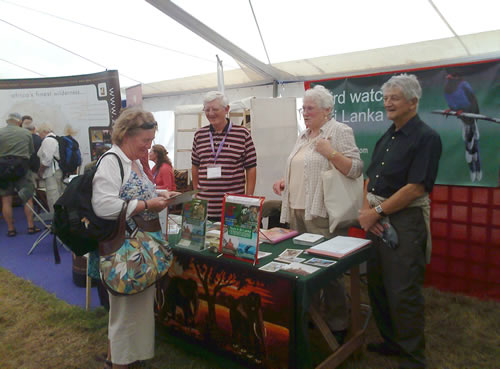 Joan and Dave Carman and other visitors