Walk With Jith participated at the British Bird Fair, Rutland Water for the 13th consecutive year at the Marquee 07, Stand no. 61 on August 17, 18, and 19. So glad to see you all there! 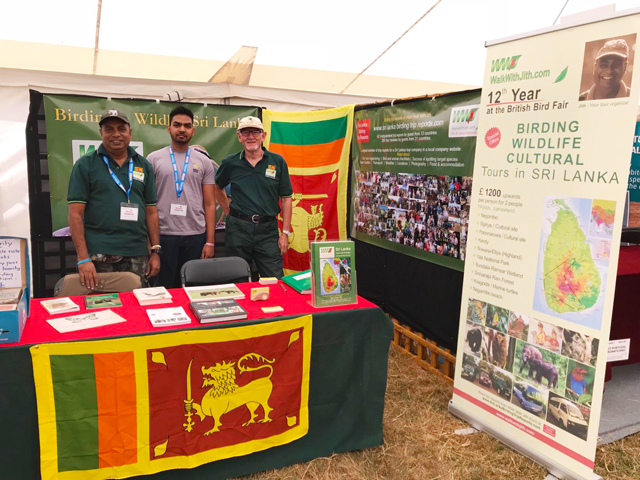 Jith Dinitha and Alan at Walk With Jith stand.
A very big thank you Alan for your continuous support. 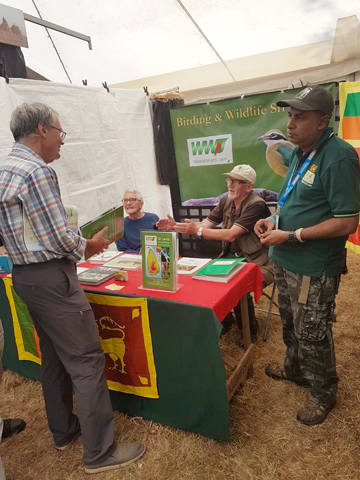 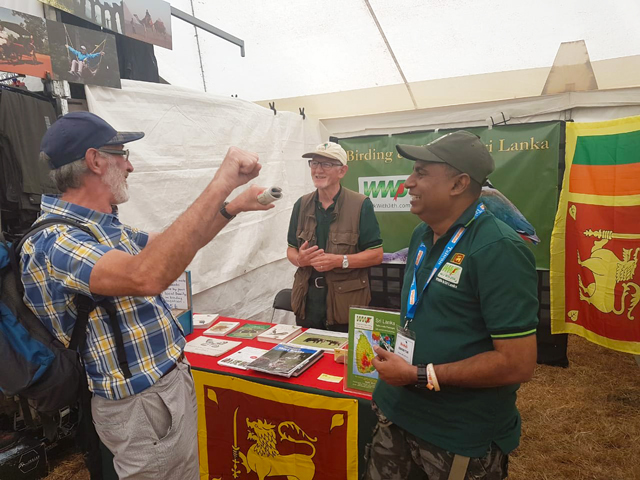 Jith with Alan talking to John (former client) at the stand 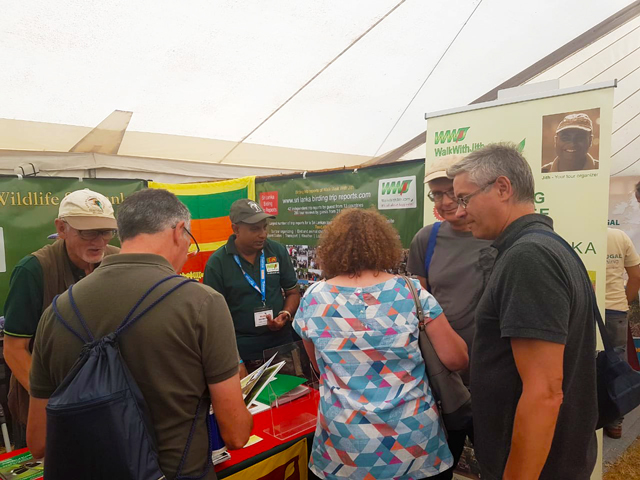 Alan and Jith at the stall 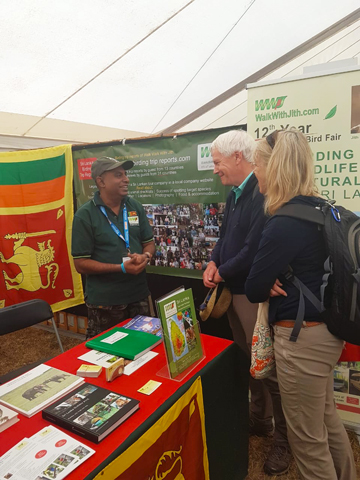 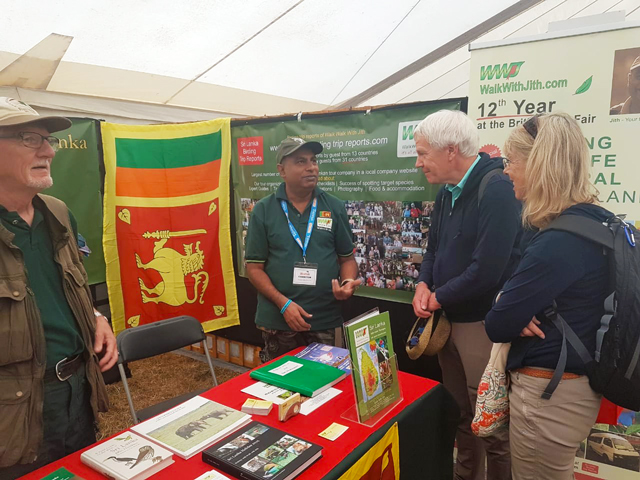 Alan and Jith talking to visitors at the British Birdfair 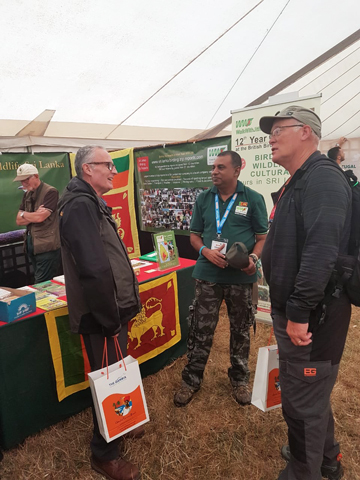 Jith with past guests - Jim and Brian - British Bird Fair 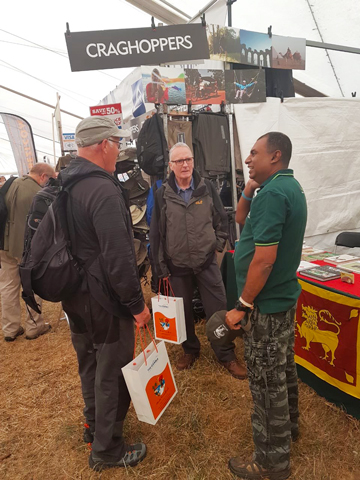 Jith explaining a tour to a John at British Birdfair 2018 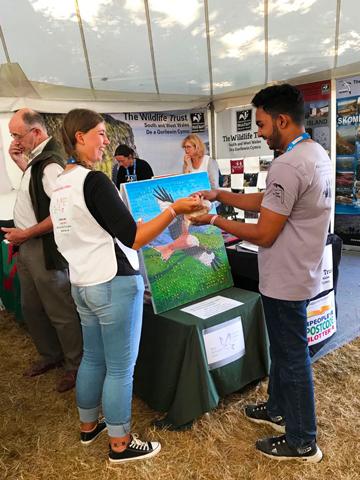 Dinitha receiving the price for his raffle win