David and Betty Barrans, as well as Sue and Alan Brown, volunteered at the fair. They all toured with Walk With Jith in 2010. Our very special thanks to all of you for your valuable time and support at the Bird Fair 2010! 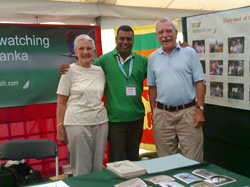 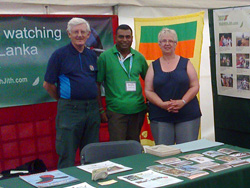 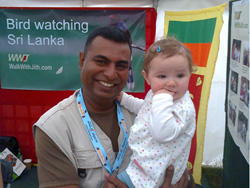 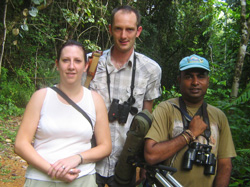 Michale and Andy toured in Sri Lanka with Jith in 2008. 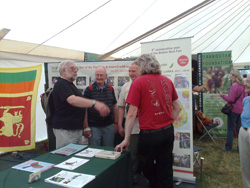 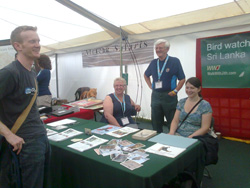 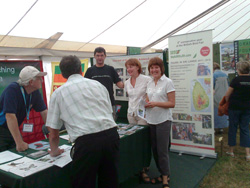 Alan, Chris, Helen and Janet at the Walk With Jith Stand 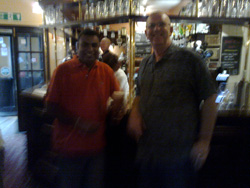 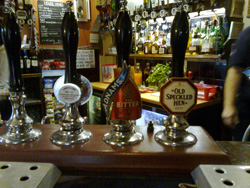 During the Bird Fair Sue & Colin Green as well as Mary & Pete Asher from Leicester, invited Prasanjith for a dinner at the White Hourse Restaurant in Oakham. "Old Speckled Hen Ale was fantastic!! Thanks you Colin for the great evening!!!" says Jith. 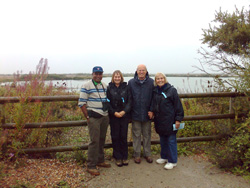 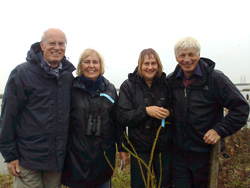 After the Bird Fair, Jackie, Barry, Shirley and Peter organized a day's bird watching in the Dungeness National Nature Reserve in Kent. 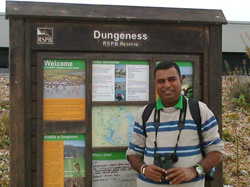